Robert Burns, Scotland’s National Bard and the Poet of Humanity, spent three of the most fruitful years of his short life at Ellisland Farm, Dumfries. 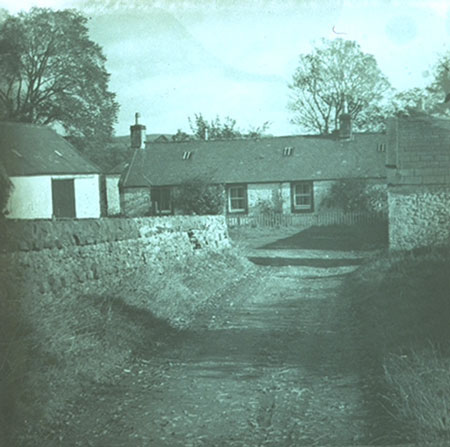 Robert Burns took up the lease of the farm at Whitsun 1788 but did not begin farming till 11th June that year. Thither he brought his wife Jean Armour, and his two year-old son Robert the following December.

Sons Francis Wallace and William Nicol were born at Ellisland Farm, and their half-sister Betty (fathered by the poet on Helen Anne Park of Dumfries) spent the first months of her life there too.

The stony, infertile, poorly dressed and badly drained ground of Ellisland Farm turned out to be a ruinous bargain for Robert Burns who switched from arable farming to dairying and then decided to give up the land altogether as his career in the Excise looked more promising. At Martinmas (11th November) 1791 the Burns family left Ellisland Farm and moved into the town of Dumfries six miles away.

The farm extends to 170 acres. It had an orchard and Robert Burns had 9 or 10 cows, including 3 fine Ayrshire cows; 4 horses and some sheep. The Ayrshire dairying system was introduced and cheese including ewe-milk cheese was made. Crops such as oats were grown, but while it seems a large farm it was ill-drained as well as hungry and soft of lime. Dykes had to be built, the farmhouse was under construction and everything required manual labour. The output of such a farm is very limited compared with present levels. Keeping cattle over the winter without silage, modern types of turnips, large stores of straw or hay was a major problem which limited herd size. Even the hens would have had a hard time in the winter.

Robert Burns described Ellisland Farm as “the poet’s choice” of the farms he was offered by Patrick Miller, his landlord. What he meant was literally that here he could find inspiration whereas he felt the other farms lacked soul.